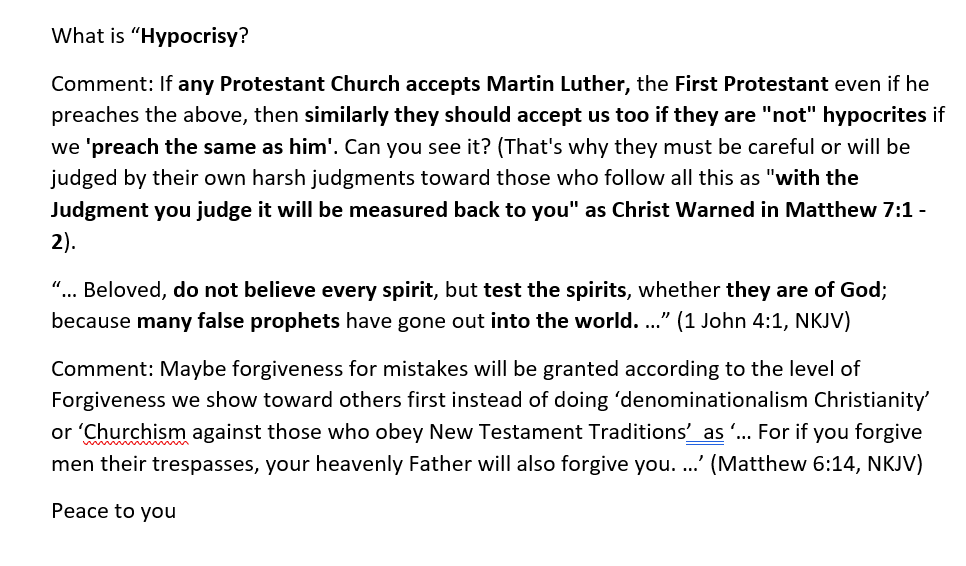 This book is written to explain some key Christian Doctrine position we take to be Safe Scripturally highlighting the Risks with Bible Verses for those who do otherwise. This is important to as a Christian because we do not want Christ Questioning us one day regarding ‘Why we didn’t warn others?’ based on Verses below:

“… When I say to the wicked, ‘O wicked man, you shall surely die!’ and YOU DO NOT SPEAK TO WARN THE WICKED FROM HIS WAY, that wicked man shall die in his iniquity; BUT HIS BLOOD I WILL REQUIRE AT YOUR HAND. Nevertheless IF YOU WARN the WICKED to TURN FROM HIS WAY, and he does not turn from his way, he shall die in his iniquity; but YOU HAVE DELIVERED YOUR SOUL. …” (Ezekiel 33:8 – 9, NKJV)

This does not necessarily mean that the opposite positions to what we propose as the Safe Route Scripturally in this Book must we wrong but rather in some cases it could be so if God permitted it. However the risk of the opposite positions is still there because we prove our position with Bible Verses and the opposite positions usually pertain to New Modern Ways which some Christians have claimed that God told them do so especially based on the Progressive Revelation Movement which we do not support.

Since only God Knows whether their claims are true or not, we do not judge those Christians letting God Judge them alone. However, we also point out to them to have respect for these First Ways of the Church especially which are Written in Bible Verses because the Doctrinal Position we demonstrate is already Plainly Written in Holy Scripture and so it is already 100% Approved by New Testament Scripture and the First Churches which obeyed it are already Saved by Practicing it and that’s why we seek to Imitate Scripture likewise.  Big number of Christians following a Doctrine or believing in something is not necessarily a sign of Truth which is easy to prove for any Protestants since no matter what blessing or evangelism they claim, the Roman Catholics beat them in financial blessings to number of souls and so by that logic, does it justify Praying to Virgin Mary? So claiming such proofs is not Biblical but rather we point to Bible Verses only for each claim.

This book is written to look at how some Christian Doctrines are Ignored by some modern Christians as not so important.  Therefore we try our  best not to repeat the usual Doctrines which are already well Revealed and accepted across mainstream Christianity such as the Doctrine of Trinity to the Doctrine of Holiness and rather choose to Speak about the other New Testament Bible Verses which pertain to some of these Ignored Doctrines and Possibilities so that a Christian may decide his walk of faith better and not be discouraged by empty words against it sometimes (by those who preach a simplified saved by Grace Doctrine ignoring the fruits of Salvation or in some cases ignoring the Rewards Doctrine for Works as Revealed for this New Testament).

Please find the Latest Draft of a New Book Titled  “Mystery of the Kingdom of Heaven in First Christianity” (Completed 31 January 2022) in pdf (free download/viewing) in link below:

This Book explores the Mystery of the Kingdom of Heaven beginning with Christ’s Most Blessed Words Found in Holy Scripture and explores related Bible Verses and other First Christianity Quotes especially from the Church Fathers who were direct disciples of the Apostles themselves or their disciples to understand this better and explore related topics by giving Church History examples too where relevant.

Free E-Books are Available in link below including the latest one titled: 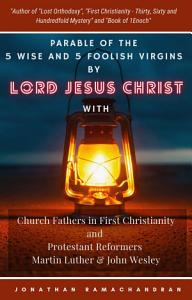 Here’s another Draft of a new book too

Here’s another Draft of a new book too

Please find the Latest Draft of a New Book Titled

“Eternal Hell Annihilation and Universalism in Christianity – Can all three be true A Look with the Apostolic Fathers” (Completed 24 December 2021) in pdf (free download/viewing) in link below:

This Book explores the Bible Verses to see whether Eternal Hell Annihilation and Universalism in Christianity can be true simultaneously in some way especially from writings of the Church Fathers who were direct disciples of the Apostles themselves or their disciples to understand this better via those writings called the Apostolic Fathers. We only quote the Apostolic Fathers Writings as modern Scholarship calls it such since these are the earliest Christian Writings known and which were accepted in First Christianity. The later fathers and Christians even if 1 million of them believe in it can err since they may be repeating what one particular church father has said or interpreted. In light of this fact, it may be best to look at these earliest and best ones known to Christianity outside the Bible.